Jack is a friend from high school. He was born with a silver spoon in his mouth. In other words, he is a blue blood. His father even got him a job. I was green with envy. My father would never help me get a job.

one day, my father just blacked out at the office. He was taken to the hospital where I visited him. out of the blue, he asked me to run the company instead of him. It was a golden opportunity. Finally, he gave me the green light. Something I had been waiting for all my life. Did I mention that has a green thumb? My father went on to his garden to enjoy his retirement and I became the boss.

well, the grass is always greener on the other side. The company was a mess! The company was in the red. I always thought that the accountant was sailing under false colors. When I was checking the cameras, I caught him red-handed.
when I showed him the footage of him changing the documents, he was as white as a sheet. It turned out that he whitewashed everything that was wrong in the company. In his defense, he claimed that my father was the one who blue pencilled everything that was going wrong. I saw red when I heard that stuff about my father, but I could see his true colors.

I gave the accountant his pink slip and called my father instantly. I confronted him and he said that they were blackballed by the city. He also said that it was a white lie to protect the employees. I was feeling blue when I found out that my father had kept me in the dark about it.

Apparently, there was so much red tape but I didn’t want to whitewash anything anymore. I went down to the city and guess who was in charge. It was Jack! I expected him to roll out the red carpet for me but he pretended he didn’t even know me. He’s just colorless, I guess. When I explained about the situation, he told me I was chasing rainbows. He had no intention of helping out. So, I decided to blackmail him with something I knew about him. He raised a white flag, out of the blue, and said “Hey, aren’t you Ali from university?”

It was a red-letter day. my company has been in the black since I took over. There’s a party at Jack’s tonight. It’s his birthday and I’m going to paint the town red. 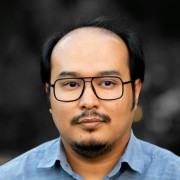